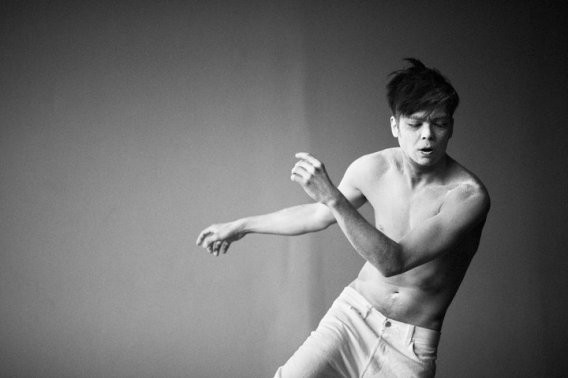 Andrew Tay was born in Windsor, Ontario, where he attended the Walkerville Centre for the Creative Arts. Since finishing his B.F.A. in contemporary dance at Concordia University, Andrew has had his work presented at Éspace Tangente, Studio 303, the National Theatre School, Festival Vue Sur la Releve (Montréal), the Square Zero Dance Festival (Ottawa), and at La Rotonde (Quebec City). Residencies have incuded the Foundation Jean-Pierre Perrault, the summer artist-in-residency program at Studio 303, a week-long intensive with Kathy Casey and her dance company Montréal Danse and, most recently, a two-week summer residency at the O Vertigo Centre for creation.

An avid music lover, Andrew has collaboratied with the members of Montreal -based rock group The ARcade Fire and has become known for his intense and enoitonally tough creations set ot music by long-time ocllaborator vitaminsforyou. Their latest combined effort The Space Between was performed at the Performance Mix Festival in New York City in March 2007 and was reprised as part of the Neighborhood Dance Workds festival in St. Johns in 2009.

In 2005 his work was shown in video form as part of Cirque du Soleil's show Torrida. Collaborating with French visual artsits Sophie Dejode and Bertarande Lacombe (Floating Land), he preseneted Dancing is Paradise, an absurd musical comedy set inside a giant fridge at the Skol gallery in January 2007. Since 2005, Andrew and his company Wants&Needs, co-founded with Sasha Kleinplatz, have produced the popular dance events Piss in the Pool and Short&Sweet in Montreal.